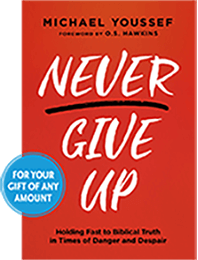 What made Elijah so effective in dealing with unbelievers, enemies, and political leaders? What kind of man can God use as He did Elijah? Six principles allowed Elijah to experience tremendous personal power and intimacy with God. Today, we will look at three.

What made Elijah so effective in dealing with unbelievers, enemies, and political leaders?

First, Elijah's response to the Phoenician widow can serve as a study in setting self aside and letting God take over. When the widow verbally assaults him, Elijah does not defend himself or give her a Bible lesson. He simply takes her son in his arms and tries to help her. He knows she is speaking from the pain of her son's death and the guilt she bears from her pagan beliefs. He does not need to point out her wrong thinking; he allows God to work.

Second, Elijah questioned God only in the privacy of his prayer closet. Elijah walked with God in intimacy. He knew God welcomed him to talk through his disappointments such as the young man's death; however, Elijah saved his questioning until he was alone with God. He did not further weaken the developing faith of the already struggling widow with his own questions.

Third, Elijah persisted in fervent prayer. Elijah prayed over the son three times. Elijah had no guideline for dealing with this situation, so he just kept pressing in with prayer.

Prayer: God, thank You for the example of Elijah. Help me to apply these prayer principles to my daily prayer life. I pray in the name of Jesus. Amen.

"But Jesus often withdrew to lonely places and prayed" (Luke 5:16).